Social Media and Networking: The Statistics of Online Success

The past decade has seen the cataclysmic explosion and proliferation of social media and networking sites onto the Internet. From Facebook, Twitter and MySpace to YouTube, Linkd In, Digg and Hi5; the number of social media and networking sites on the Internet is truly astounding and they are connecting people from every single city, country and continent on the globe. The World Wide Web is infinite in its reach and capacity for connection and communication, says the social media agency. People can keep up to date with hundreds of friends across all six continents; they can engage in conversation with people they haven’t seen since childhood and share pictures, videos and music. Where distances, oceans and mountains once came in the way of communication and sharing, there are now literally hundreds of social media and networking sites making connection and reconnection possible in a way like never before. 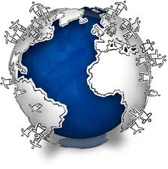 The plethora of social media and marketing sites out there in the virtual ether is not only incredibly valuable as a tool for social interaction, but also as a platform for online marketing. In order to truly appreciate the truly astounding marketing potential of social media, one need only consider the following statistics:

The Potential for Social Media Marketing and Advertising 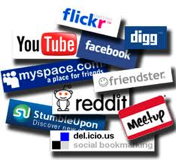 The explosion of social media and networking sites on the Internet and the vast number of people who subscribe to any of the hundreds out there has provided businesses of all sizes with an incredible opportunity to cash in on the exposure these sites afford, says the social media agency. Facebook is one of the biggest of all the social networking sites to exist in the virtual domain and boasts over 550 million active viewers: subscribers who login and spend time on the site every day. The business that maintains an active profile on Facebook and takes the time to build up a fan base is therefore being seen by tens, if not hundreds of millions of users on a daily basis. It is this potential for incredible exposure and the subsequent accumulation of leads that has made social media the new medium for modern marketing and advertising, says the social media agency.